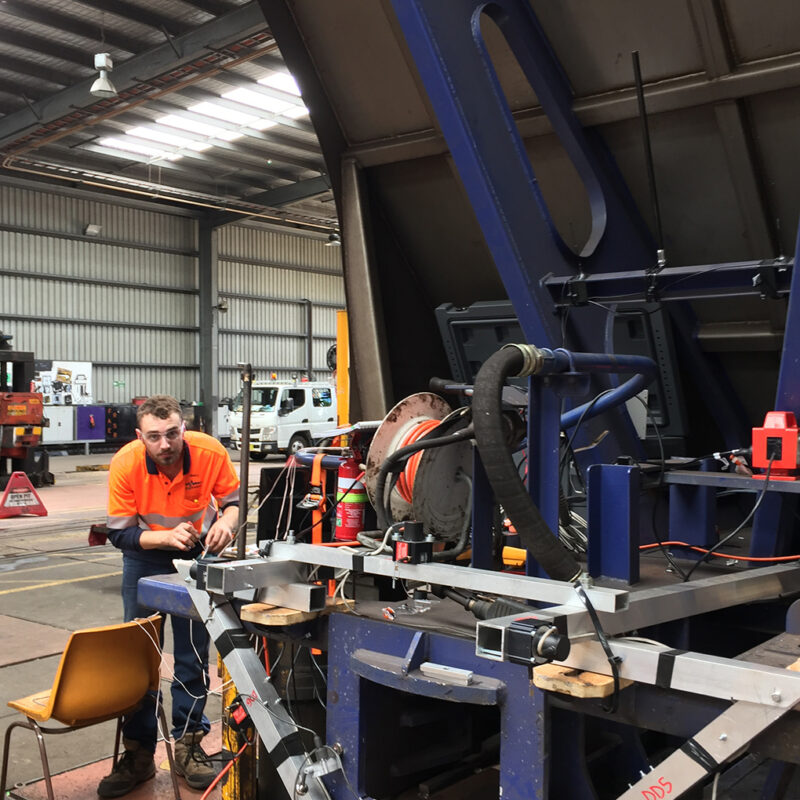 A testing campaign was operated for 6 weeks to gather data to compare the operational behavior which leads to failures of different draft gear. Measurements included dynamic strain gauging in the draft pocket, use of non-contact IR thermometers, drawbar axial and torsional loading, IP67 string pot displacement sensors for measuring drawbar yaw, pitch and roll angles, and follower plate movement and rotation, and the use of high speed, global shutter cameras to observe the behaviour in the draft pocket.

Post analysis used machine vision algorithms to track draft gear components, identifying times of large displacements and what this correlates to. Results were reported by integrating video footage with strain and displacement data channels to create video reports, visualising stresses and displacements on graphs and as vector animations, with the corresponding video stream.

The significance of results and differences between were presented from a statistical perspective, leading to insightful explanations of the operational behaviour leading to failure.

Book a Consultation with Us